There’s something that has been weighing on me, as I’m sure it has weighed on some of you. If it hasn’t, please bear with me and try to see where I’m coming from.

There. I’ve said the terms in the same sentence and already many of you are probably getting nervous, or upset, or disappointed, or whatever. But like I said, please bear with me. Up front I’d like to say that I’m not advocating for either position in this article, per say, but rather advocating for respectful, honest dialogue, and grace. Naturally, I have an opinion, but that’s not the point of this article, and it’s not something that we want to take a hard line on at Youth Apologetics Network. We see great value in non-inflammatory conversations that avoid using straw man and ad hominem and all of the other unreasonable tactics that are too often used during these age of the earth conversations (so much so that we made a book for families).

What’s the beef between YEC and OEC?

Over time, the rhetoric betweenYoung Earth Creationism (YEC) and Old Earth Creationism (OEC) has gotten personal and fiery (Lord help the “friendly debate” Facebook groups).OEC and YEC are often presented as 2 opposing views. One important thing to remember is that that is an oversimplified presentation.

Just for starters, some OEC believers think that evolution was the vehicle God used to create life (theistic evolution), and others absolutely do not believe that. Some OEC believers may disagree with the authority and inerrancy of scripture, and others absolutely believe in the authority and inerrancy of scripture. That’s a huge difference! Yet for some reason, Old Earth is often referred to in the same breath as “evolution” or “unbiblical”, though Old Earth is not married to theistic evolution or rejecting the Bible. Just as many YEC believe that intelligent design brought forth life, so do many OEC adherents. When I refer to OEC in this article, I am not talking about the theistic evolution or Bible neglecting varieties. I’m talking about Christians who believe in the authority and truths of the Bible, and also believe in an old earth.

It’s important for YEC adherents to not conflate the issues and assume that all OEC believers have “sold out” to secular beliefs. That’s not honest engagement with the variations present in the OEC view. I also think it’s important for OEC adherents to remember that YEC research has uncovered good arguments for intelligent design, and that adopting a blanket, “anti-science” strawman of them is also dishonest to the YEC varieties.

So What’s the Difference?

There has been much written from both OEC and YEC perspectives, so I won’t dwell too long, but it might be good to lay out the primary differences in the barebones views here.

Did you think there would be more? It can start to seem that way as the details of how we arrive out our conclusions are discussed, but at the heart of the discussion, these are the differences. The similarities are even more important to see! Here are things OEC and YEC agree on, pulled from the Institute for Creation Research and Reasons to Believe’s sites (organizations which are generally representative of the two views we’re talking about):

That is a LOT to agree on.

And aren’t those important things? GOD created everything. God’s word is reliable and trustworthy. God gave us minds to explore these things. And one day Jesus will return. But, when Jesus returns, will we be able to say we’ve been working together to bring people into His kingdom, or will we be guilty of quarreling and tearing each other down to the detriment of unbelievers watching from the outside? I’m concerned that some have equated their belief about the age of the earth with salvation, and that still more have turned off nonbelievers through their rhetoric.

This evening “Is Genesis History?” will be showing for one night only. Its tagline says “Two Competing Views… One Compelling Truth.” I really do hope that the two competing views focused on aren’t old earth and young earth. I hope that the focus is on whether God did or did not create everything. I hope the compelling truth is that the evidence for intelligent design is sufficient to point unbelievers to a Designer. We’ll see.

Twenty-somethings once faithfully attended church. What made them stop? While most said they still believe that the Bible is God’s Word, they also said that the idea that the earth is millions of years old was one thing that caused them to doubt the Bible… The crumbling foundation of the church takes a devastating toll on future generations. Therefore, churches must reclaim the historical truth found in Genesis and apply the Bible’s authority to every area of life.

Can we just stop hanging the hat of salvation on the age of the earth? 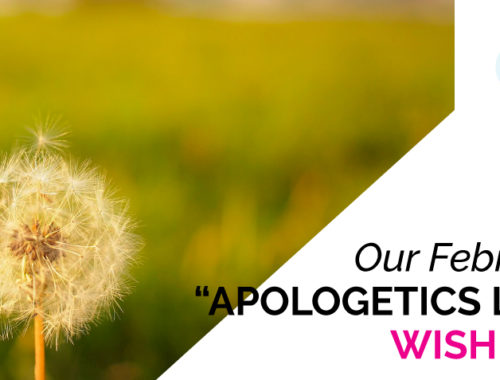