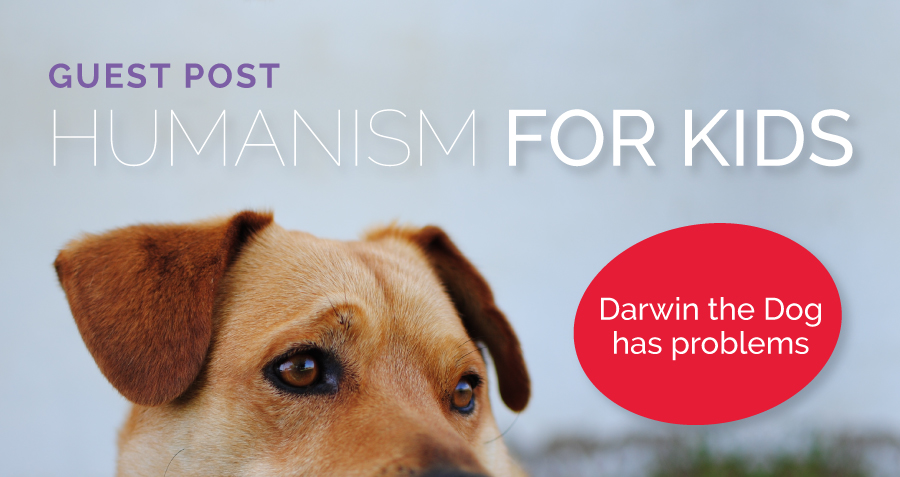 Humanism for Kids! Darwin the Dog has Problems

As parents, it’s important to understand that as our children become more and more immersed in society, whether it be school, sports or something else, they’re going to encounter challenges to their Christian faith.  In fact, I don’t think it’s a matter of if, but when.  We need to be proactive and vigilant so that we don’t leave our kids unprepared and exposed to questions they can’t answer.  Today, i would like to take a look at a short online story called “Meet Darwin” that can be found on Kidswithoutgod.com which is run by the American Humanist Association.  My goal is to examine the claims made in the book and equip you as parents with Christian responses to those claims so that you in turn can discuss it with your children!

But first, what is Humanism?  According the the American Humanist Association, Humanism is “a progressive philosophy of life that, without theism and other supernatural beliefs, affirms our ability and responsibility to lead ethical lives of personal fulfillment that aspire to the greater good of humanity.”  In short, I would say that humanists believe that it is our duty to treat other human beings fairly and equally because it leads to human flourishing, not because there’s a god out there that we’re subservient to.  Now that we have a good working definition, let’s proceed!

“Meet Darwin” begins quite inconspicuously by introducing you to Darwin the Dog.  The name Darwin, of course, is no coincidence.  He is named after the famous 19th century scientist, Charles Darwin, who developed the theory of evolution.  He published his work in “On the Origin of Species”, although this short book doesn’t go into any of that.

The first several pages are harmless, stating that Darwin loves to be silly and have fun and do science experiments to discover how the world works.  That’s great!  Science is awesome and can tell us a lot about the natural world.  The real issues, however, begin on page five.

“Darwin also loves to enjoy stories from a long, long time ago.  Darwin also knows that these are just stories, though, and that they aren’t real.”

The implication here is that religion, including Christianity, is no more than just made-up stories from long ago.  While this may be true of some religions, it is certainly not true of Christianity!  Christianity makes several claims about the historical world that we can test to see if it’s true or not.  For example, did a man named Jesus of Nazareth really exist?  What about the apostle Paul?  Or Pontius Pilate?  Was Jesus really crucified?  What about all the cities and places named in the Bible?  There have been numerous facts recorded in the New Testament that historians have discovered to be true and accurate!  For more on the ways historians uncover facts about the ancient world and how they determine whether something really happened or not, I would highly recommend you read “Cold Case Christianity” by J. Warner Wallace.

First, an understanding of the culture is important here. Many people living in Israel at this time were illiterate; they either couldn’t read, write, or both. Education was a privilege for the wealthy.  Thus, the common person had to use his or her memory a whole lot more than we do today in our modern culture.  It wasn’t uncommon for people to have MASSIVE amounts of scripture memorized.  So the fact that some stories were passed along orally isn’t a problem at all because back then the culture was very different from ours.

Second, we have good evidence that most, if not all of the New Testament documents were written prior to AD 70 (check out J. Warner Wallace’s website Coldcasechristianity.com for that evidence).  Therefore, at most only 40 years would have passed before the gospels and the epistles were written.  This is absolutely unprecedented when it comes to ancient history!  No other work of history has a time gap that small from the actual events to the time they were recorded.  This means that many people who were were alive during Jesus’ ministry would still have been alive when the documents were being written, so if there were any lies being written, they could have easily pointed them out, but we don’t see that anywhere.  For those interested, Christian Author and apologist Dr. Frank Turek has compiled a list of 6 lines of evidence that show why the New Testament documents are historically reliable and trustworthy.  Check out his book “Stealing from God” to learn more.

“Darwin is a humanist.  He believes in being a good person, even though he doesn’t believe in any of the gods from his stories.”

We can all agree that regardless of your beliefs, we should all strive to be “good” people!  It’s obviously better to help other people than to hurt them.  The issue, however, is that without some sort of objective moral standard that transcends human experience, the Humanist has no basis for calling anything good!  He might say, “well, what helps the human race to flourish is good” but that only begs the question; why is it good that humans flourish?  What makes humans any better than cows, or dogs, or spiders?  If there is no God, and human beings are just meat robots-just another evolved animal-then who are we to say we’re special?  This is the moral argument, which goes:

Nothing can be objectively right/wrong, good/bad if there is no God.  It’s just one person’s opinion against another’s.  Keep in mind, however, that we are not saying that atheists and humanists cannot be good people.  We’re simply saying they have no way to ground their morality; they have no way to justify why something is good.

“Darwin … only believes in things that he can see in the real world.  Things like friendship, and being nice, and learning.”

This short story is a great example of the sort of claims our kids might very well encounter someday.  I hope my responses to the claims that were made have got you pointed in the right direction with regards to what steps to take next.  It’s never too early to start engaging your kids with the evidence for their faith.

Matthew currently works as a licensed pharmacy technician in Grand Rapids, Michigan. He and his wife of three years just had their first child back in July; a baby boy named Ezekiel! Matthew has been studying Apologetics for about 2 years now and is passionate about equipping fellow Christians with the knowledge to defend their faith, especially young people. Someday, he hopes to go back to school to study philosophy and theology, eventually earning his MDiv with a possibility of doctoral work after that. His hobbies and interests include studying all things Apologetics, bowling, golfing, and spending time with his wife and son! Matthew shares apologetic material daily on his Facebook and Twitter feed. 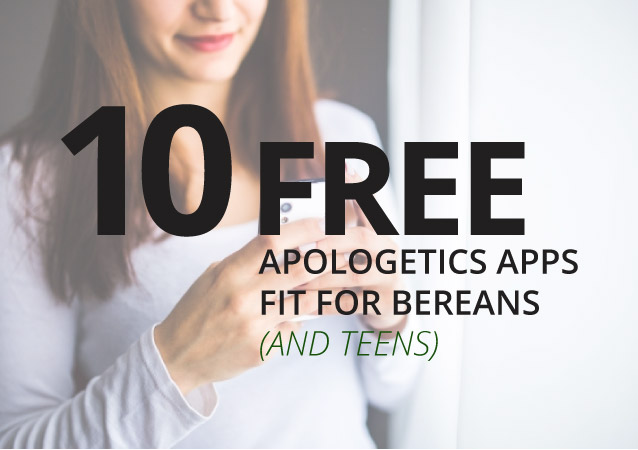