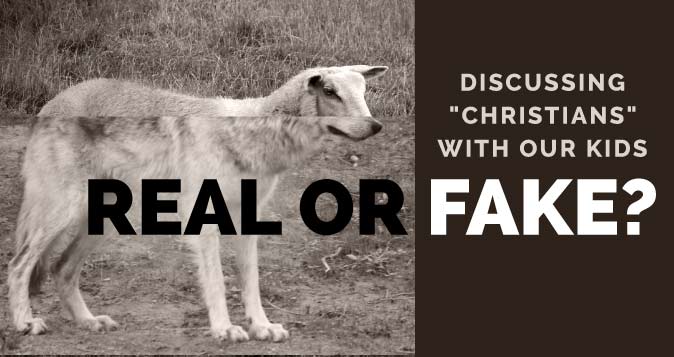 It is only a matter of time before our youngest son begins asking what the difference is between a “real” Christian and a “fake” one. He has much of the information stored away in simple terms- that some people believe in Jesus and call themselves Christians and are going to heaven, and that others say they believe in Jesus and call themselves Christians but are not presently going to heaven- and soon, I can see the wheels beginning to turn, he will ask what makes one a “real” Christian and the other a “fake.”

Now, I fully appreciate that this is no black and white discussion and that there is room for debate about exactly how much detailed understanding of Jesus Christ is required for a person to be truly saved (The thief on the cross comes to mind), but that is not quite the direction that I am interested in heading. The particular issue that is relevant to our children’s interests will most likely be whether the Latter-Day Saints and Jehovah’s Witness friends that we dearly love are “real” Christians, so this is the route that I would like to explore here briefly. God is the final judge, yes, but we can draw some firm conclusions about this by being grounded in scripture and being familiar with LDS and JW theology.

First, I think I will preface the conversation with our boy by clarifying what we mean by “real” when we refer to a Christian. CARM has several great articles that I will be referring to, and the first is regarding what a Christian IS:

“The word Christian comes from the Greek word christianos which is derived from the word christos or Christ, which means “anointed one.” A Christian, then, is someone who is a follower of Christ. The first use of the word “Christian” in the Bible is found in Acts 11:26, “And the disciples were called Christians first in Antioch.” […]

Christianity teaches the following: there is only one God in all existence; God is a Trinity; Jesus Christ is God in flesh; salvation is by grace alone through faith alone; Jesus died on the cross; and Jesus rose from the dead in a glorified, physical body. The religion that contradicts any of these teachings is not Christian.”[1]

So, for our boy, I will explain that a “real” Christian believes:

From that point, the differences between a real Christian view of Jesus Christ and the aforementioned offshoots will become pretty apparent. Going into great detail at this young age would probably only serve to muddle his memory about the right beliefs and the wrong ones, but explaining them briefly will probably be sufficient for helping him see the differences.

How does the JW teaching stack up?

How does the LDS teaching stack up?

“Mormonism is not Christian because it denies that there is only one God, denies the true Gospel, adds works to salvation, denies that Jesus is the uncreated creator, distorts the Biblical teaching of the atonement, undermines the authority and reliability of the Bible, says that God used to be a man who came from another planet and that we can become gods and that there is a goddess mother in heaven, etc.” [3]

If you’d like to see first-hand the differences in doctrine, I would recommend browsing their own documents, starting here.

Once the “real” and the “fake” have been laid side by side, it may be helpful to confirm that many people claim to know, and even love, Jesus Christ. They may truly believe and feel that they do. However, so long as they aren’t believing in the actual, historical person named Jesus, they are (to quote C.S. Lewis) “worshiping an imaginary God.” This is all probably too abstract for him, so  it will be important to provide an analogy. For instance:

“You’ve spent quite a bit of time hearing your friends talk about Darth Vader. You haven’t seen the movies yourself, but they have told you lots of things about Star Wars, and you now have some things in mind that you think are true about him. You’d probably say you’re a fan of him. For example, you’ve told me he is the “bad guy in charge,” and that his name is “Dark Vader.” But I know- because I have watched the movies carefully- that there is actually a bad guy in charge of him, that his name is *Darth* Vader, and that the character in the movie is quite a bit different from the ideas that you have about him. It wouldn’t be true to say that you know about the real Darth Vader, because your ideas about him aren’t right, and that makes the *Dark* Vader you know a fake. So, you aren’t worshipping a fake God, but you are talking about a fake character, and watching the movies carefully would help to clear up your misunderstanding.”

This isn’t an airtight analogy, no, but it should be concrete enough to help him understand. To wrap up conversations like this, we end with a reminder that we need to pray for people who don’t know the real Jesus. Making the distinction between “real” and “fake” Christians should not be a disconnected academic exercise, and it should certainly not be a way to make us feel better about being “real.” It is of eternal importance. We need to pray faithfully for LDS and JW adherents to hear about and turn to the true Jesus.

“Good Deeds” and “Nice” Aren’t Getting You to Heaven 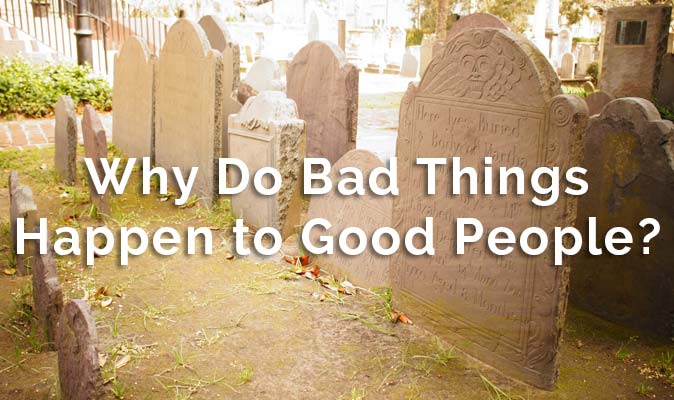 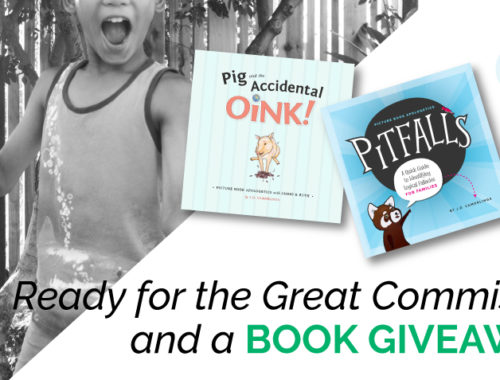 Ready for the Great Commission and a Book Giveaway?