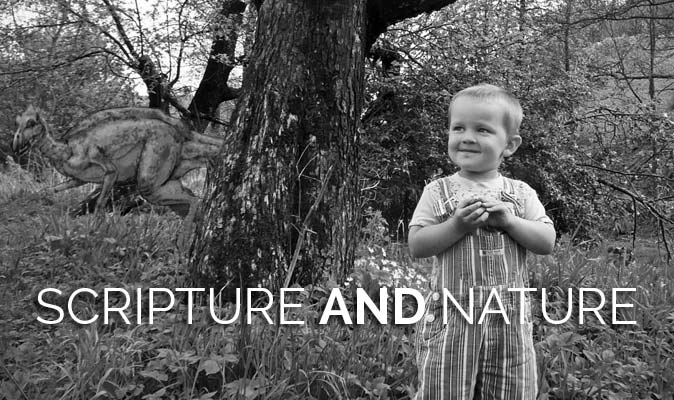 Our children love dinosaurs. I am sure that they are not alone in this fascination with these giant beasts of the past, but for some, this fascination is not to be encouraged. There are some well-meaning Christians that believe that dinosaurs are from Satan or that God put evidence of dinosaurs in the fossil record to test our faith. Behind these ideas are likely an effort to make a certain view of Scripture fit with the observations of modern scientists.

Are Science and Faith at Odds?

There is a pervasive perception in the modern era that matters of science and matters of faith are at odds; that there are complications between current scientific thought and biblical theology. Contradictions which include the age of the earth, the origin of the universe, the origin of mankind and even certain aspects of the fossil record, such as dinosaurs and hominids. These complications have served to foster an “us versus them” mentality between scientists and theologians.

However, if Christianity is correct and God is the author of both Scripture and the record of nature, one would expect that they will align to point to one truth and reality. Indeed, this seems to be what Scripture teaches; the natural world declares God’s glory and righteousness.

“The heavens are telling of the glory of God; and their expanse is declaring the work of His hands. Day to day pours forth speech, and night to night reveals knowledge. There is no speech, nor are there words; their voice is not heard. Their line has gone out through all the earth, and their utterances to the end of the world. In them He has placed a tent for the sun,” (Psalm 19:1-4)[1]

Dual revelation is the idea that Scripture is God’s Special Revelation to mankind and the created universe is his General or Natural Revelation. It would therefore follow that natural revelation can help us to interpret special revelation. Some Christians (sometimes known as Biblicists) decry any use of science in the interpretation of Scripture due to their belief that the Bible is the only reliable source of knowledge. They believe that both mankind and nature are too fallen to garner reliable information from science. However, the Bible teaches that natural revelation provides evidence about God that even non-Christians are able to comprehend. (Romans 1:18-20; 2:14-15)

Perhaps a more balanced approach is found in the concordant model (sometimes referred to as the overlapping view/model) which contends that dual revelation serves as cooperative modes by which God communicates His truth. Hugh Ross, a prominent proponent of the concordant model states, “Today the entire spectrum of nature’s record—mathematics, astronomy, physics, geology, chemistry, paleontology, biochemistry, botany, zoology, anthropology, etc.—provides us with overwhelming evidence for the existence and identity of the Creator, the biblically revealed God.” Stated another way, “all truth is God’s truth,” we shouldn’t shy away from one or the other.

It is important to remember that both Science and Theology are merely interpretations of facts, and the seemingly irreconcilable differences between the two stem from faulty human interpretations.[2] It is therefore imperative that we strive to be accurate in both our interpretations of the natural world and Scripture without taking a given interpretation for granted.  The apostle Paul warns Christians not be held captive by bad thinking for the sake of conformity but rather to be transformed by the renewing of their minds, thereby proving God’s perfect will. (Colossians 2:8, Romans 12:2) Each area of revelation should inform the other and we must be willing to be wrong about our interpretations and, when appropriate and within reason, open to adjusting our views in humility. (1 Peter 5:5)

So, encourage your children to be curious about creation, in it they will see God’s glory declared!

[1] See also Psalm 50:6 “And the heavens declare His righteousness…” Quoted from the New American Standard Bible. 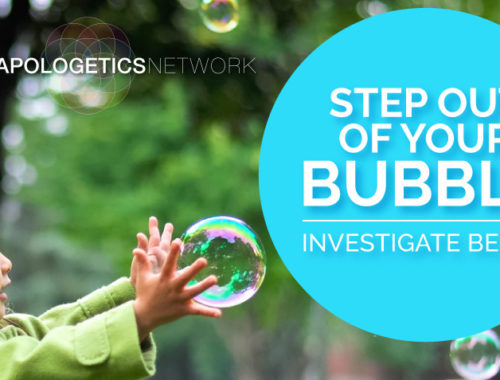 Step out of Your Bubble: Investigate Belief